My first new mountain bike in over a decade

So, for the past several years I've owned two mountain bikes. A Trek 9700 carbon hardtail, which I bought new, and a 2001 Jamis Dakar Expert, which I built up from a frameset. Both have been good bikes, and both have gotten a lot of upgrades (new rear shock for the Jamis, new everything for the Trek).

Both bikes have been good bikes, but I've sort of been side-eying the new tech coming out, especially with regards to the new wheel sizes. So I spent a lot of time reading Mountain Bike Action magazine and talking to other riders. Eventually, I sort of pre-sold myself on the 27.5" wheel size, but I really wanted to test ride them both before pulling the trigger.

Fortunately, I have one of the best bike shops in the state withing driving distance. Matt at All American Bicycles offered to let me ride a Fuel EX in each wheel size on a piece of singletrack (rather than just around a parking lot) and it took me very little time to realize that the 29er size was SO the right choice for me. So, I thanked him and pulled the trigger on a Top Fuel 8, then waited patiently for it to be delivered.

I've had this bike for two seasons now (yes, I've been negligent in blogging) and the bike is AMAZING. On my very first ride, without really pushing it or really knowing how to handle the bike, I managed TEN personal bests on a set of trails I've been riding hard for over a decade. The bike digs into a turn and just refuses to let go. There have been countless situations where I *know* the Jamis would have washed out or let go, but this bike just holds a line. And it seems to have an overwhelming urgency to right itself if you start to get crossed up. It climbs well, descends well, and the rear suspension seems to vanish beneath you.

So far my only upgrades have been a pair of larger ODI lock-on grips for my huge hands, and a bump in tire size to the Maxxis Ardent 2.4. I'm still setting PRs pretty much every time I go out, but I'm still nowhere near the limit of what the bike can do. I think it'll take a lot more practice (and maybe some more body armor) before I get anywhere near the limit of this bike. 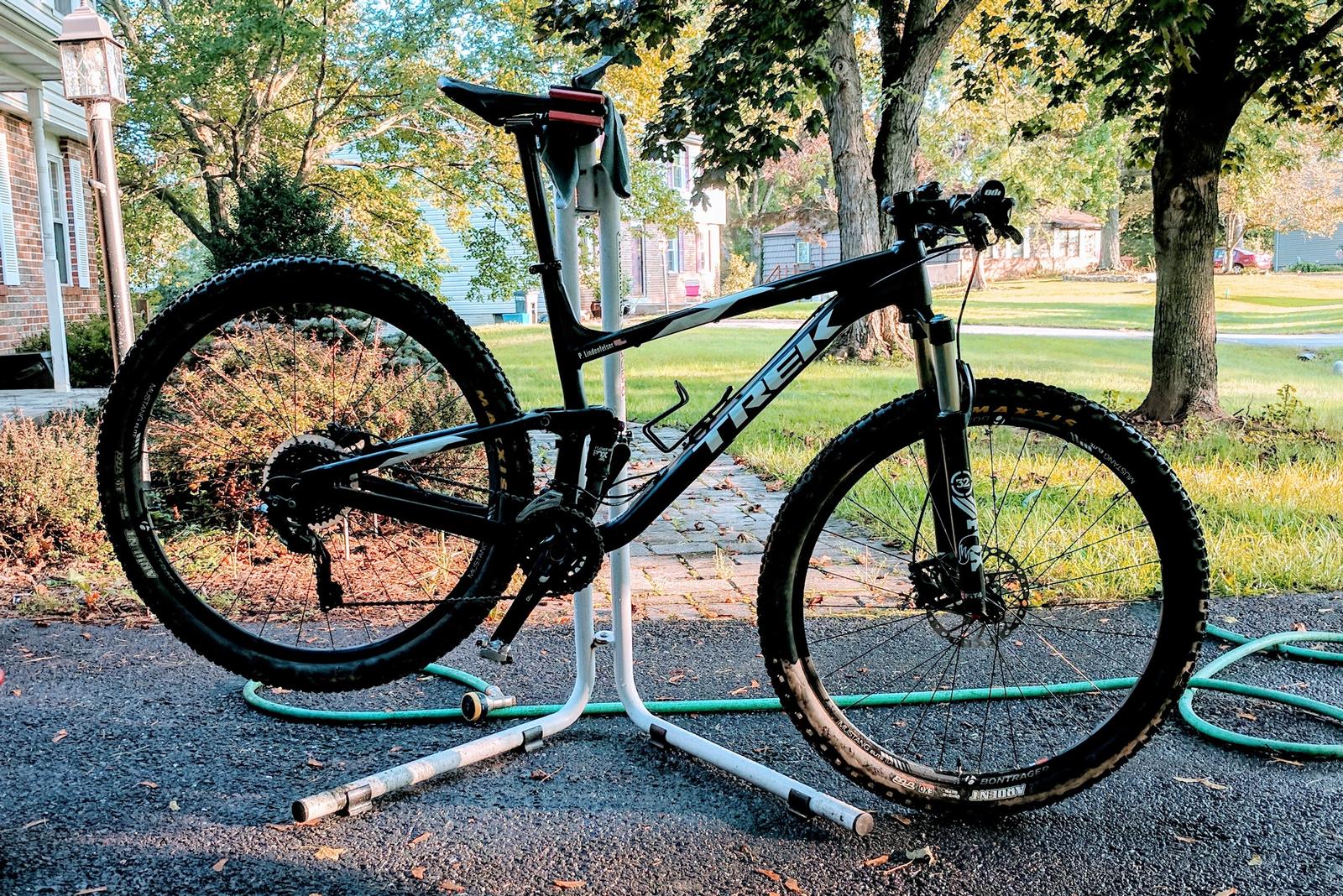 There's a fine line between fishing and just standing on the shore like an idiot.