Getting the Emonda ready for the new season

It's that time of year again.  When the snow (eventually) stops falling and the weather warms up, and the wheels come out.  I've been itching to get the Emonda on the road since the first snowflake fell pretty much, and what better way to do it with some new stuff?

After having my ass on Selle Italia for the better part of three decades, I've decided to try a switch.  After test-sitting several different saddles (which involves the totally unscientific method of setting it on a bench then sitting on it while trying to imitate the riding position), I ended up with a Fizik Ardea VS, shown here on the Scattante.

It's actually a pretty comfy saddle, and I got no numbness even after numerous stints of between 30 minutes and an hour on the super-boring indoor trainer.  Last weekend I moved the saddle to the Emonda when the weather threw a teaser at is before temps plunged below freezing again.

Also new is a switch to black bar tape.  Again with a change, I ditched my long-time favorite Deda tape for some Lizard Skins 3.2mm thick DSP tape.  That should give my ginourmous hands plenty of cushion and avoid me switching to a pricey carbon bar.  Like the saddle, I went with black tape after deciding the white didn't look right on this bike.

You may also notice an out-front style Garmin mount.  YES I have finally swapped my old, ride-forgetting, satellite-dropping 305 for a fancy new 510.  I've done one ride on it, and I really like it so far.  Plus it pairs up with my phone and uploads directly to Garmin Connect and Strava, saving me from having to plug it into the PC.

Anyway, the finished product is almost there.  The next things are a switch from 23mm wide to 25mm wide front tires (by now pretty much everyone who rides has seen the article where 25s offer less rolling resitance and a smoother ride) which are in the mail as I write this.  I also will probably get rid of the red cable housings, which look unbalanced with the internal routing of the Emonda.  It's more like a red rat's nest in front of the bike. 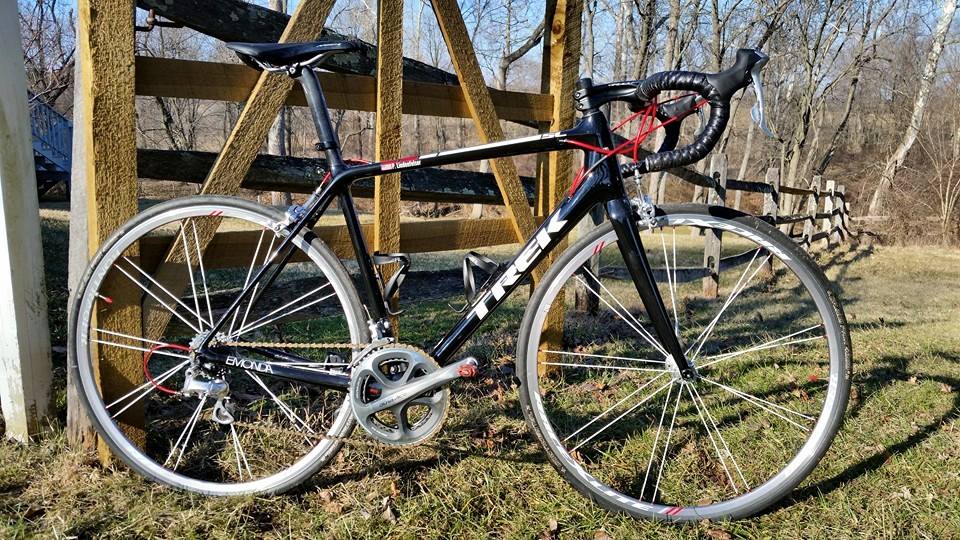 So I'm shooting for another good year, and hopefully the time spent slogging on the trainer will give me a head start.

You don't need to be smart to be president.