As soon as I got my Emonda, I wanted to do something about the rat's nest of red cables hanging off the front of it.  The red cables looked pretty good on the satin black 5500 with minimal logos, but they look VERY out of place on the Emonda.  After looking at different options, I decided that I wanted to try the compressionless housings from either Alligator or Jagwire.  In the end I went with the Alligator, though I should have gone for the Jagwire.  I went with the former because they were a little cheaper on Ebay, but the seller had poached all the actual inner cables from all the packages, forcing me to buy them separate later, so it was a wash.

How were they to install? Pretty much a pain.  First you have to figure out how long you want the housing.  Then once you have it the right length, you have to feed the inner liner into it.  Of course it catches every few inches, so it takes forever, and if you push too hard, you kink the cable, and that causes drag.  Do this a few times and you end up having to toss the liner and start over.  Also, the housing without cable is pretty flacid, so you really have to fiddle with it to get it to behave,  Think about trying to cable your bike with cooked pasta.

Once installed, I have to admit it looks pretty slick. 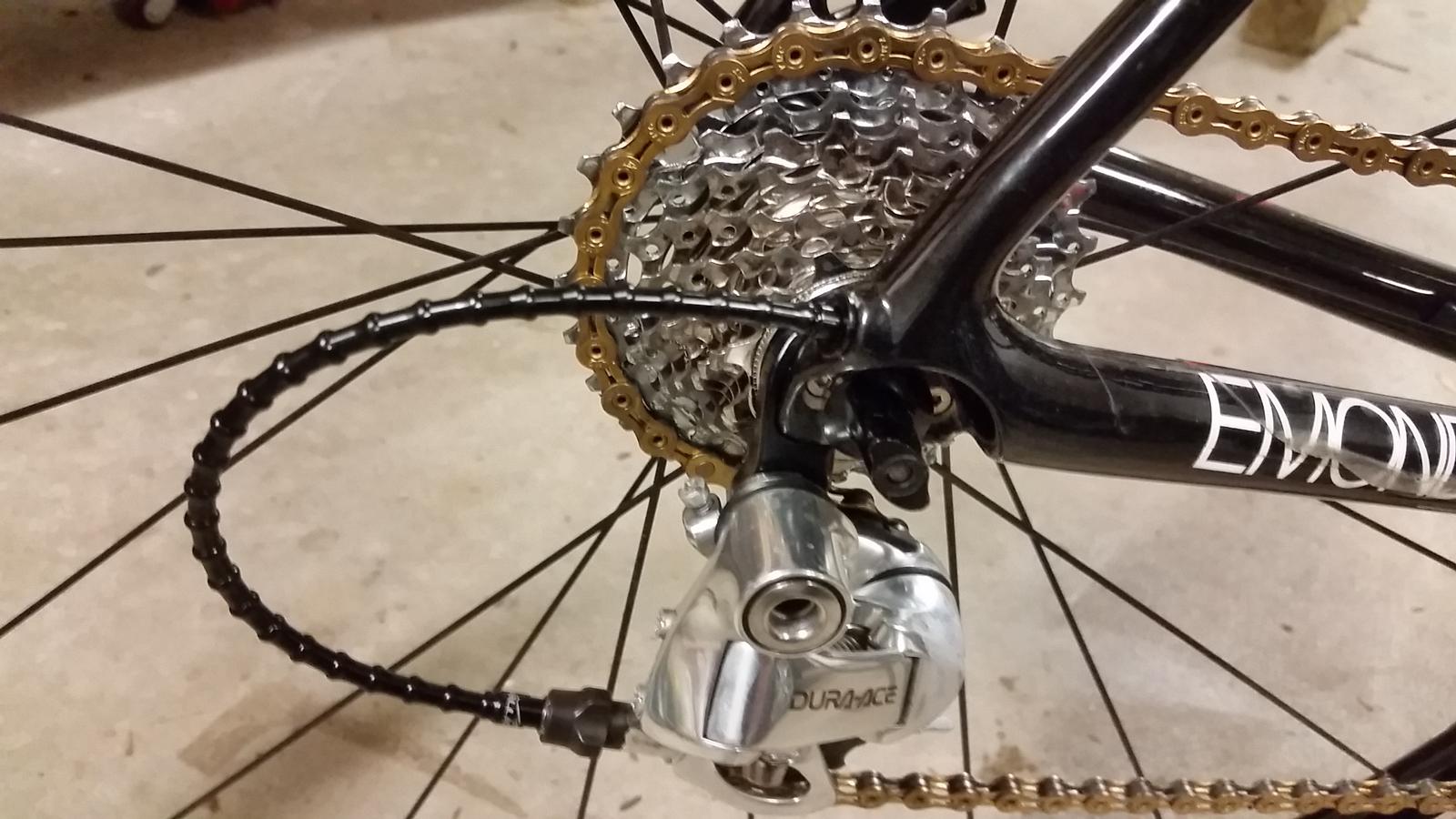 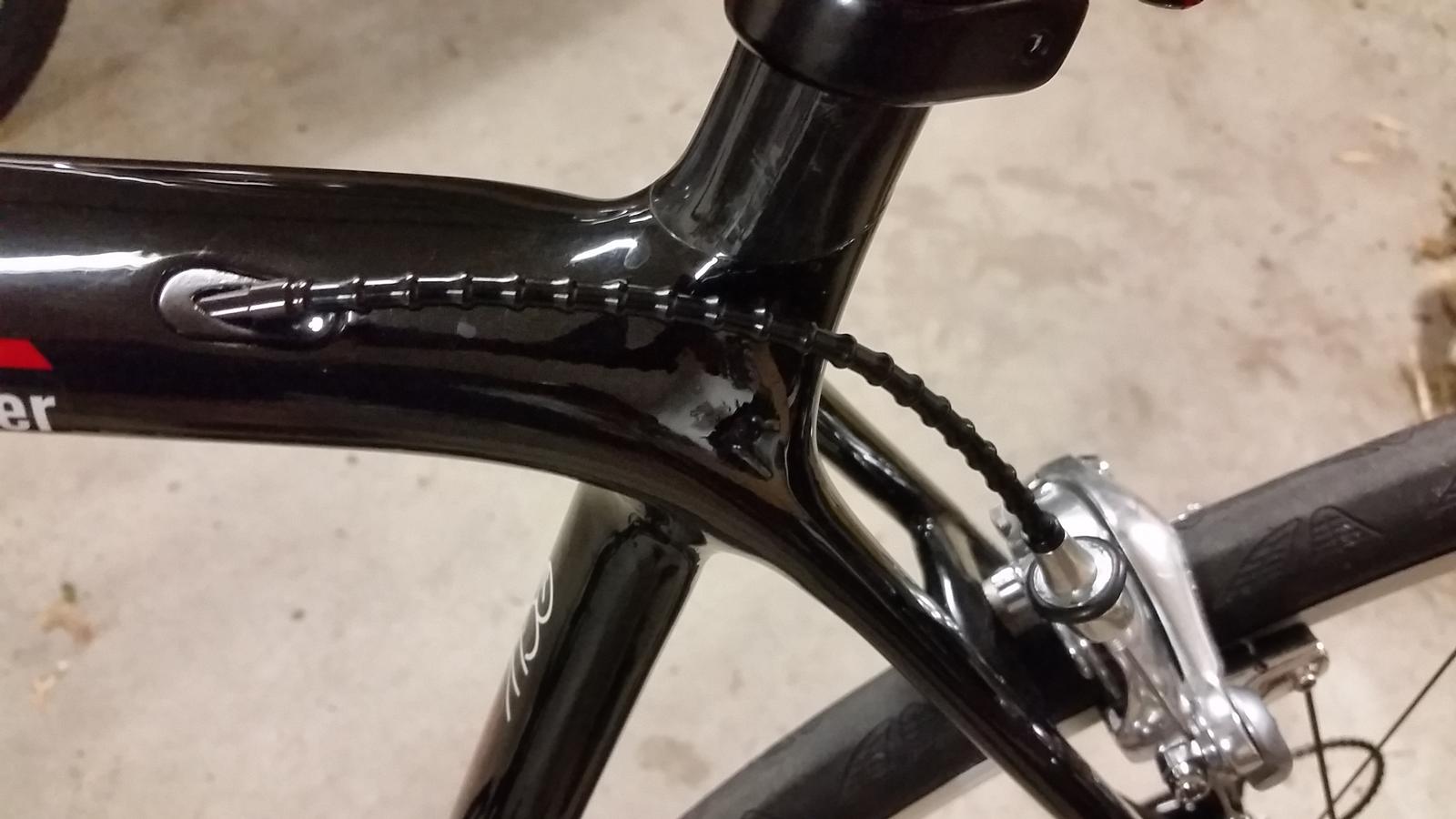 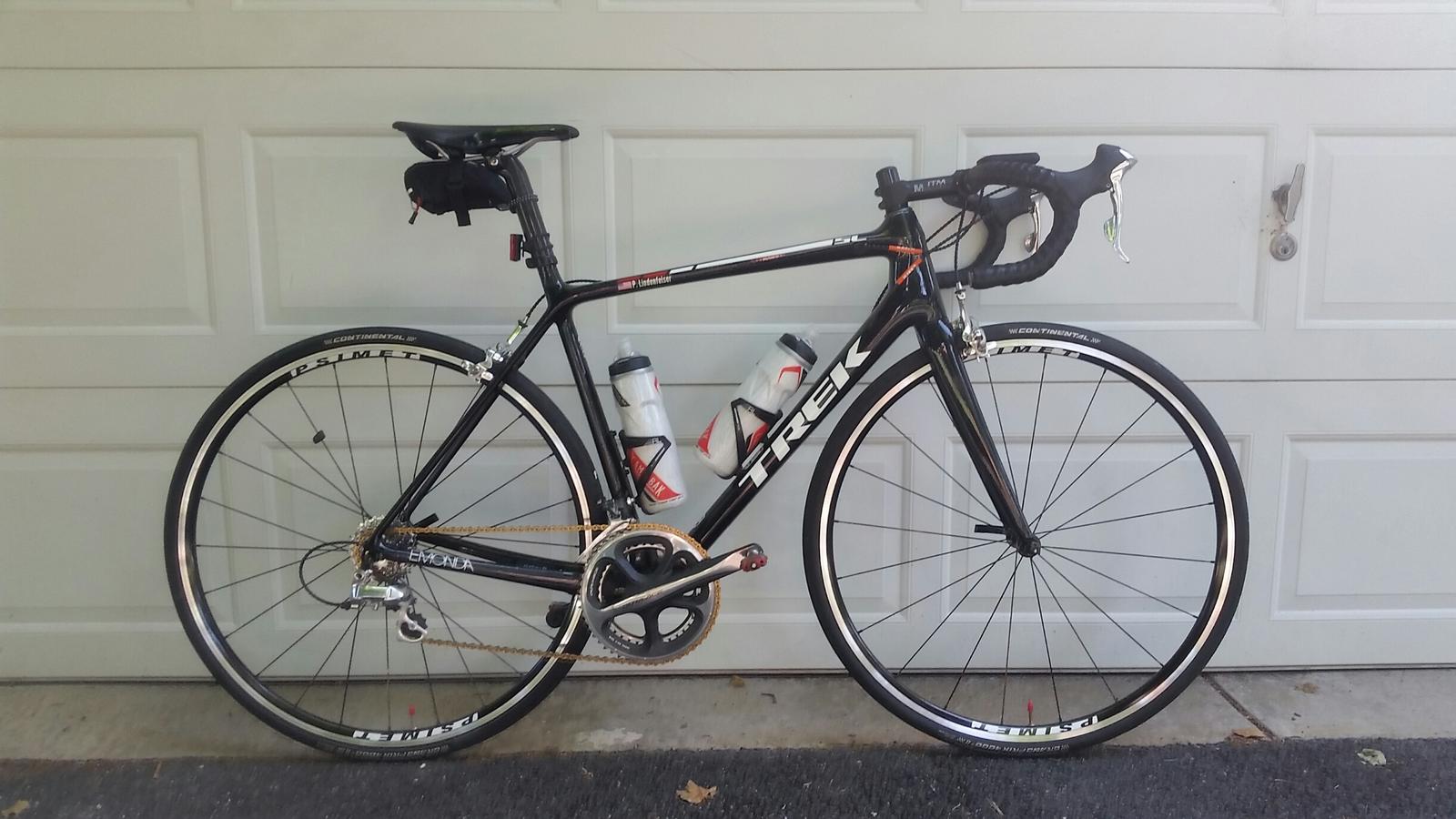 How does it ride?  Not bad actually.  The shifting is on point, once you get it adjusted, especially if you avoid crossing the cables inside the downtube like I did the first time (ugh). The braking is noticably firmer because the housing doesn't compress at all.  The only problem is that I did manage a couple of kinks in the inner liner, so I might replace that if it doesn't iron itself out.  I think the return springs on my circa 1992 Dura Ace brake calipers are a bit weak, so that might have something to do with it.  I wish the levers had some more return force.

Another small bump in the road was the inline barrel adjuster.  I stupidly ran the liner through it, which put a ton of drag on it. When I tried to turn the barrel, it would just wind up the housing and turn back.  I eventually took it apart and cut the liner, then flared it out with the tip of a philips scredriver to keep it from migrating inside the housing.

Overall, a recommended upgrade.  But I'd go with the Jagwire kit from a reputable (non-Ebay) retailer.  That way you can be sure you won't be ordering cables and waiting for them to arrive while your bike sits in your garage.

You don't need to be smart to be president.